ABSTRACT
This study investigated the extent to which operational unity exists among accounting
practitioners and government anti-corruption agencies in combating corruption in Nigeria‟s
public sector. Primary data were collected through copies of structured questionnaire
administered in four states in Nigeria. Survey design was adopted. 162 public accountants and
102 auditors with 2 and above years of working experiences were sampled. Systematic sampling
technique was used. The hypotheses were tested using the P-Value Per cent Technique (PVPT).
The analysis revealed that significant operational unity exists among accounting practitioners
and the EFCC and ICPC in the war against corruption in Nigeria‟s public sector. The analysis
also shows that the level of prosecution of corrupt public officers in Nigeria is not significantly
equivalent to the level of corruption in the government sector. The study recommends that
government anti-corruption agencies should avoid collectively prosecuting and investigating a
single corrupt officer when a host of other corrupt government officers are never prosecuted.
Corrupt officers being prosecuted by the EFCC should not be also prosecuted by the ICPC.
Keywords: Accounting practitioners, anti-corruption instruments, policy-oriented theory,
prosecution 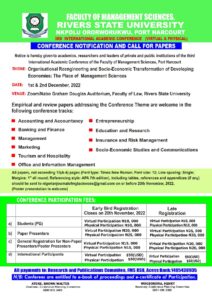